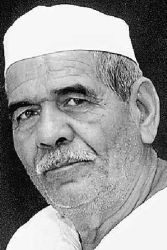 Mahendra Singh Tikait (महेन्द्र सिंह टिकैत) (Born: 6 Oct. 1935; Death: 15 May 2011)[1] was a popular leader of farmers from Uttar Pradesh in India. He was a Jat of Raghuvansi gotra. He is Choudhary of Baliyan Khap. A resident of village Sisauli of Muzaffarnagar in Uttar Pradesh, Tikait was a "Title" conferred to Head of Baliyan Khap by ruler of Thanesar, Raja Harshavardhana, in 7th century. From the time of Raja Harshavardhana the title 'Tikait' is being used by the Choudhary of Balyan Khap, alongwith his name, way down to generations.

Mahendra Singh Tikait, the BKU Chaudhary ('Headman') was born in 1935 at village Sisauli in Muzaffarnagar of Uttar Pradesh. Ch. Mahendra Singh Tiakait inherited the Chaudharyship of the Khap Baliyan at the age of eight when his father Ch.Chauhal Singh died in 1943. The Chaudharyship of the Baliyan khap has been vesting in his family for the last thirteen centuries. The chaudharyship of a khap panchayat is a hereditary position. The Chaudahry enjoys administrative, adjudicative and executive powers over the khap villages. The chaudhary is held in high esteem and his decisions are binding on his people. At a panchayat meeting of the khap Baliyan held at Sisauli on May 12,1941, a resolution was passed which said : " We will work with our body, heart and soul under the leadership of our Chaudhary for the good of our Khap. Towards this end the Chaudhary of a khap has the right even to demand our lives." Thus, the Chaudahry of a khap panchayat enjoys supreme powers.

After the death of former Prime Minsiter late Ch. Charan Singh, Ch. Mahendra Singh Tikait was de facto 'messiah' of kisans in western Uttar Pradesh. On 17th October,1986 he formed a non-political orgarnisation named 'Bhartiya Kisan Union' to protect the interests of all the farmers of India. In this way, he headed so many movements and as a result of these agitations,many times, he was arrested and sent to jail, yet he is on the way to protect the interest of all the kisans of India. 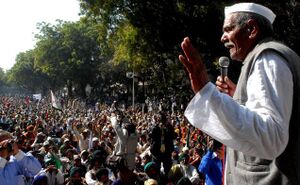 Some major movements started by Ch. Mahendra Singh Tikait are listed below:

During his farmers' movements, Ch. Tikait was arrested several times, the latest being in February 2000 in Muradabad while on his way to hold a panchayat in Lucknow. He was also arrested (and then released in bail) in 2008 on the orders of Chief Minister Mayawati who alleged that Kisan leader used some derogatory language against her. In fact, a large battallion of police was sent to arrest him and Sisauli and other neighboring villages were sieged by police.