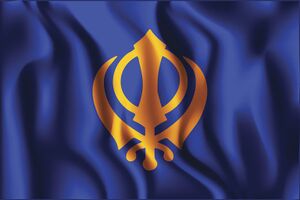 Nagi Surname / Caste (ਨਾਗੀ , नागी , نگی) . Nagi are considered to be one of the Oldest and Purest Sikh Jat Gotras (clans) found in Punjab and Haryana region of Northern India .

The Maan, Nagi , Randhawa , and Bhullar Jats are known as 'Asl' or 'Original' Jats, because they claim no Rajput ancestry, but are supposed to be descended from the hair jat of the aboriginal god Siva.

They also fall under the category of Rare/Ancient Sikh Jat Gotras of Punjab Region as they were among the group of warriors during the time of Khalsa Raj formed by the Great Hari Singh Nalwa.

Nagi are one of the oldest and purest Jat gotras (clans) from Punjab, along with Nagra and Niwan jats. Nagi are known to have been the decision eminences of their country of starting point which remains a puzzle to the new Nagi family ages. The old regal blood line is presently spread in pretty much every side of the world ignorant of their gentry and power, Because of their first-hand relations with pioneers of jats, they are known as 'Pure Jats'.

Nagi's were fierce warriors especially during, the time when the Nagi tribe, had converted to Sikhism they fought numbers of wars for Guru Gobind Singh, Banda Singh Bahadur and Hari Singh Nalwa.

Nagi is a prominent Sikh clan belonging to the Jat tribe in Punjab and Pakistan region.

Nagi Jats are dominant in some villages of Punjab including Jattana and jattpura .

Dilip Singh Ahlawat has mentioned it as one of the ruling Jat clans in Central Asia. Bhullar, Sihag , Nagi and Maan vansha are related with Heers.

Distribution in Haryana and Uttar Pradesh

Nagi's Belong to these following Districts:

Nagi Jats are mostly found in these districts of Pakistan

1.Dilip Singh Ahlawat has mentioned Nagi's as one of the ruling Jat clans in Central Asia.

2.Known as Orginal Jats along side with bhular

3.One of the ruling jat clans of Central Asia

Back to Sikh Jat Gotras