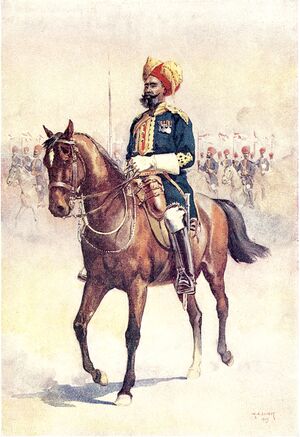 The 14th Murray's Jat Lancers, was a elite Cavalry fighting unit of the Jat Regiment.

First raised for the Honourable East India Company by Captain Murray. Like all regiments of the Indian Army the 14th Murray’s Jat Lancers underwent many name changes in the various reorganisations. They are listed below.