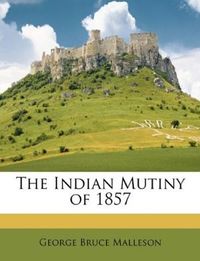 Educated at Winchester, he obtained a cadetship in the Bengal Infantry in 1842, and served through the second Burmese War. His subsequent appointments were in the civil line, the last being that of guardian to the young Maharaja of Mysore. He retired with the rank of colonel in 1877, having been created C.S.I. in 1872.[1]

He was a voluminous writer, his first work to attract attention being the famous "Red Pamphlet", was published at Calcutta in 1857, when the Sepoy Mutiny was at its height. He continued, and considerably rewrote the History of the Indian Mutiny 1857-8 (6 vols., 1878-1880), which was begun but left unfinished by Sir John Kaye. Among his other books the most valuable are History of the French in India (2nd ed., 1893) and The Decisive Battles of India (3rd ed., 1888).

He authored the biographies of the Mughal Emperor Akbar, the French governor-general Dupleix[2] and the British officer Robert Clive for the Rulers of India series.[3]