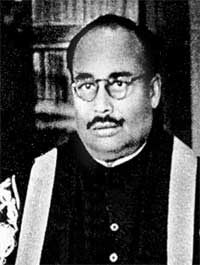 Born in a remote village of West Bengal, he was the son of Rajkumar Sarkar, the Zamindar of Karachmaria in Natore in Bengal. In 1891, he passed the B.A. examination with honours in English and History from Presidency College, Calcutta.

He became a teacher in English literature in 1893 at Ripon College, Kolkata (later renamed Surendranath College). In 1898, he started teaching at Presidency College, Calcutta. In 1899, he was transferred to Patna College, Patna, where he taught till 1926. In between, in 1917-1919, he taught Modern Indian History in Benaras Hindu University and during 1919-1923 he taught in Ravenshaw College, Cuttack, Orrisa. In 1923, he became an honorary member of the Royal Asiatic Society of London. In August 1926, he was appointed as the Vice Chancellor of Calcutta University. In 1928, he joined as Sir W. Meyer Lecturer in Madras University.

Sarkar was appointed a Companion of the Order of the Indian Empire (CIE) and knighted in the 1929 Birthday Honours list.He was invested with his knighthood at Simla by the acting Viceroy, Lord Goschen, on 22 August 1929.

His set of four volumes on the Fall of the Mughal Empire and History books related with Shivaji contain very useful well researched contents on the contemporary activities of the Jats. Moreover, he edited two volume book of William Irvine, The Later Mughals, which is mine of information on the efforts of the Jats under their pioneer leaders from Gokul Singh to Churaman to come out in open against the Mughal Empire and Jaipur rulers. They provide enough information derived from diversified original sources. He was quite help to K R Qanungo in his writing the History of Jats in 1920's.

So he rightly deserves to be considered as one of the pioneer historians, who brought the Jats to the central stage for further research and amalgate their role with the general history of India as a power to reckon with and recognised their contribution in eighteenth century history polity.--DrRajpalSingh (talk) 04:10, 12 February 2015 (EST)