Khanda (खांडा) is a very big village in Sonipat district of Haryana. Nearby village is Sehri so it is often called as Sehri - Khanda. It is 2 miles away from Kharkhoda. Khanda is part of National Capital Region (NCR).

The Khandaa village has population around 12000. Khanda is very big village area wise. 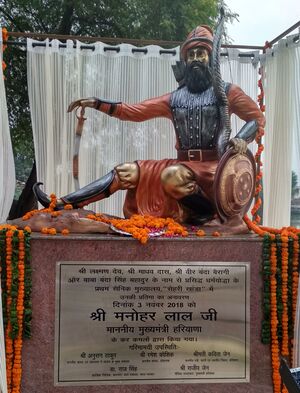 The Bravery and sacrifice of Veer Banda Bahadur Bairagi is well known to the people of India. The very brave man of India fought against the foreign aggression and happily sacrificed his life in June, 1716. This brave son of Bharat Mata was born on Oct, 16, 1670. After getting blessings of Guru Gobind Singh in 1708, he came to the Khanda village in Feb, 1709 and stayed for some time for creation of his army and planning of war against Mogul.

It has been written in many history books that Khanda village was the first headquarter of Banda Bahadur in 1709. Some of the history books read as under:- 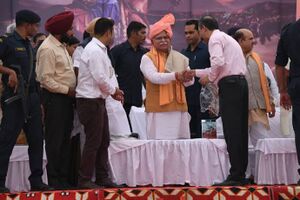 Banda Bahadur’s companions from Nanded also wrote a number of letters to the leading Sikhs all over the country telling them that Banda Singh had been appointed by the Guru as jathedar of the Khalsa and called upon every Sikh to fall in under his banner to punish Wazir Khan of Sirhind who had so cruelly butchered the two sons of the Guru. The letters containing this sentimental appeal had the desired effect on the minds of the Sikhs who were already waiting for an appropriate opportunity to agitate against the State atrocities. 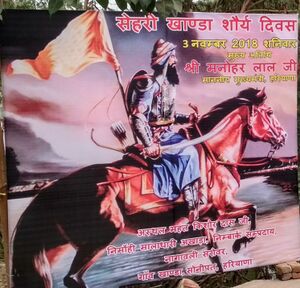 Khanda village is the head of 12 villages of Dahiya Khap.