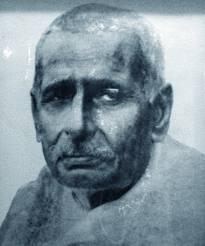 Prof. Kalika Ranjan Kanungo is a Historian who has written History of the Jats, the first edition of which was printed in 1925.

Professor Qanungo has already proved his sound critical powers and true historical spirit in his first book, Sher Shah, which at once leaped into the position of the standard work on the subject. In his History of the Jats, he has not been content to be a closet student of written records. He has lived and worked among the Jat boys of his former college at Delhi, he has won their love and confidence, and has visited their historic places and tribal gatherings and talked with old Jats whose memories are richly stored with the past. The information he has thus gathered by a personal quest spread over a wide field is concentrated in this book and gives it a unique value.

As will be expected from the high quality of his earlier work, he has here sifted the evidence impartially and reviewed events and characters from the broad point of view of India as a whole, instead of narrowing his vision to a single tribe. This wider outlook, this philosophical detachment from the particular dynasty or community dealt with, is specially necessary in any history of India in the 18th century that deserves to live as a true history. For, the Jats were only one out of the many threads that made up the tangled web of North Indian history during the decline of the Mughal empire. The Jats, Ruhelas, Sikhs, Marathas, Rajputs, Oudh Nawabs, English Company, French adventurers, besides the Delhi Emperors and their semi-independent nobles - all entered into the criss-cross of Indian politics during that one century which saw the rise, maturity and downfall of the Jats as the makers of Indian history; and, therefore, Professor Qanungo has done wisely in studying the contemporary history and interplay of all of these Powers, before he felt himself competent to write this account of the Jats alone - though very little of his labour appears on the surface to the reader.