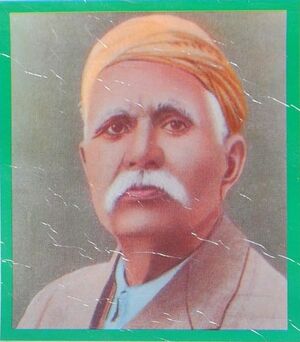 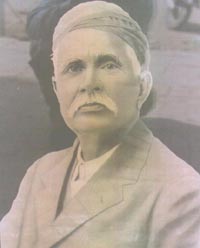 Seth Sir Chhaju Ram Lamba(सेठ सर छाजूराम) or Chhaju Ram (b.1861-d.7 April 1943) was a leading Jat from Haryana, India who made fortune in Calcutta during the colonial rule. As a philanthropist, he undertook many socially relevant projects.

He was born at village Alakhpura, tehsil-Bawanikhera in Bhiwani district in Haryana in the family of Chaudhary Salig Ram of Lamba gotra Hindu Jat in year 1861. His father had migrated from village Lamba Gothra in Jhunjhanu district in Rajasthan. His father Ch. Salig Ram Lamba along with his two brothers had shifted to Alakhpura from the village Dhani Mahu in Haryana.

Chhaju Ram was the only boy of his village who got enrolled in the Primary School of Bawani Khera, five miles away from his native village. Being a keen student, he always secured good marks. In 1877, he got scholarship in his 5th class and got admission in Government Middle School, Bhiwani. In 1880, he joined Government High School, Rewari.

He passed his Matriculation Examination in 1882. Being a quick learner, he gained proficiency in many languages like Hindi, English, Sanskrit, Urdu and Mahajani. While studying at Rewari, Chhaju Ram worked as a tutor earning Rs 6 per month. He could not continue his higher education due to weak financial position of his family. In search of a job Chhaju Ram left for Kolkata in 1883, the second capital of the British empire. In Kolkata, he came in contact with the Marwari businessmen. Apart from teaching their children, he worked as their Munshi during his spare time. Marwaris had flourishing businesses in Calcutta, the hub of jute industries at that time.

He got married twice. Seth Chhaju Ram's first wife was from Dohka village in Charkhi Dadri tehsil (Bhiwani). She bore no child, and died of cholera. Chhaju Ram married again in 1899 with Laxmi Devi from Bilawal village in Badhra tehsil. The couple was blessed with five sons and three daughters, but sadly five of them met with an untimely death in their childhood years. Only three of his sons survived, Sh Sajjan Kumar, Sh Mahender Kumar and Sh Pradumman Kumar. 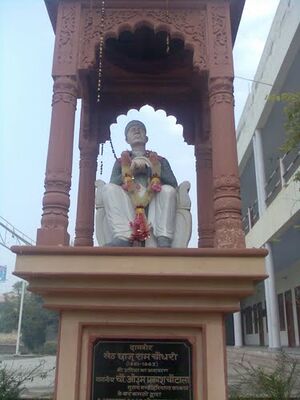 Chhaju Ram , At the age of 20-22, came in contact with Arya Samajist , Engineer Raisaheb Shivnath Rai of Bhiwani, who was very much influenced by the talents and sincerity of Chhaju Ram. He took him to Kolkata. For some time he did couching of Raisaheb’s children. Meanwhile he came in contact with businessman from Rajgarh. He taught his children also.

The market in Kolkata during those days was dominated by Marwaris. Chhaju Ram who had a good knowledge of Hindi and English, did correspondence work for the Seths and came to be known as munshiji. He was a talented person. During the process of correspondence with trading-firms, got sufficient knowledge about trade. He got the trade secrets of dalali business. He started first the trade of old bags and later on shifted to new bags trade. He was, by this time, counted as a known dalal of Kolkata.

He earned a huge wealth due to hard work and polite behaviour. He purchased shares in Companies. Later he also took in hand the trade of Jute and became popular as Jute King. After spending nearly a decade, working first as tutor then as munshi, a day came when Chhaju Ram became known as Seth ji. By 1928-29, Seth Chhaju Ram owned 21 kothis in posh areas of Calcutta — 14 in Alipur and 7 in Bara Bazaar. Besides, he had a haveli in his native village Alakhpura and a farmhouse in the nearby village of Shekhupur near Hansi town. The capital of his firm crossed Rs 40 million. Seth Chhaju Ram was one of the richest brokers of the country, and the only Indian who had 21 palatial buildings in Calcutta. Seth G. D. Birla had been a tenant of Seth Chhaju Ram. In 1922-23 Chhaju Ram suffered a great loss in business. He come out of it successfully and refusing all help, paid off all his creditors. This show of character earned him great respect from his peers.

He was a strong believer in God. He spent a lot of money in social welfare works. He started many hostels, libraries and dharamshalas. He floated scholarships for financially weak and needy students. He financed higher studies of Sir Chhotu Ram. He was known as Bhamasah of kshatriya caste. The British Government had awarded him the title of ‘Sir’.

Chaudhuri Chhajju Ram of Alakhpura, Hissar, who has borne a considerable portion of the expenses of publishing History of the Jats by Kalika Ranjan Qanungo in 1925.[1]

Seth Chhaju Ram got the Lady Hailey Hospital built at Bhiwani in 1928. Here, the medicines were given free of cost to the patients. Seth Chhajju Ram got it constructed in the memory of his daughter Kamla (1908-23). This hospital was subsequently merged with General Hospital, Bhiwani.

Apart from getting several wells and dharamshalas built, Seth Chhaju Ram established the Arya Samaj Mandir in Calcutta. He also offered monetary help to various Arya Samaj institutions in the country. His beneficiaries ranged from common villagers to national celebrities like Mahatma Gandhi and Rabindranath Tagore.

Besides being a danveer, Seth ji was an excellent host. Lala Lajpat Rai often became his guest. Many Arya Samajis, those hailing from Punjab and often Haryana stayed with him in Calcutta. Certain revolutionaries took refuge in his house. Bhagat Singh reached Calcutta from Lahore in December 1928 after killing Saunders. He hid himself in the kothi of Seth Chhaju Ram where Sushila Bahin, a lady of revolutionary leanings, was residing as a tutor of the Seth’s daughter — Savitri Devi. 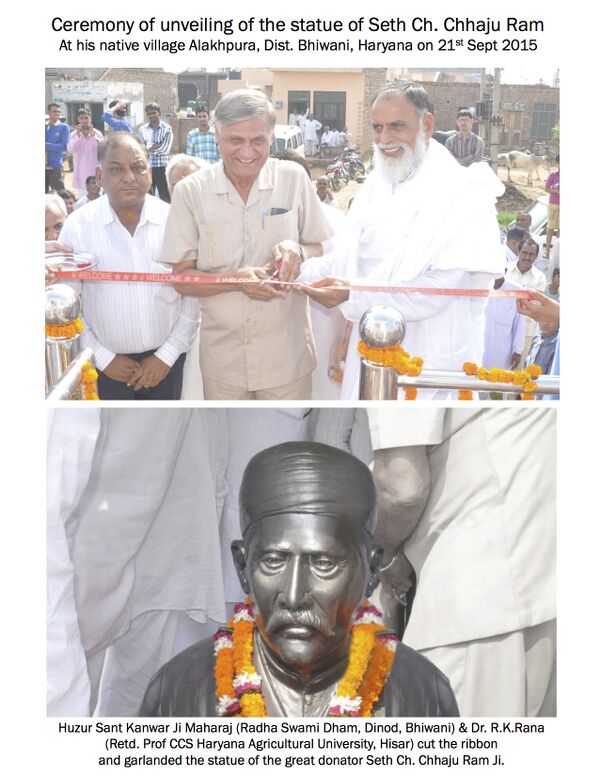 A statue of Seth Chhaju Ram was unveiled at his native village Alakhpura, Dist Bhiwani, Haryana on Sept 21, 2015.