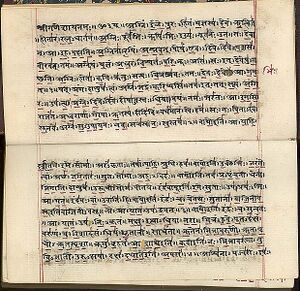 Rigveda (ऋग्वेद) is one of four Vedas and is believed to be the oldest book of human history. The Rig Veda is a collection of Vedic Sanskrit hymns counted among the four Hindu religious texts known as the Vedas. The Rig Veda was likely to have been composed between between 1700–1100 BCE, making it one of the oldest texts of any Indo-Iranian language and also one of the world's oldest religious texts. It was preserved over centuries by oral tradition alone and was probably not put in writing before the Early Middle Ages.

The Rig Veda is considered to be the oldest written book on the planet, and another view about its composition is that it was composed between 1500–1200 BCE. It is the earliest of the four Hindu religious scriptures known as the Vedas. It consists of 1,017 hymns (1,028 including the apocryphal valakhilya hymns 8.49-8.59) composed in Vedic Sanskrit, many of which are intended for various sacrifical rituals. These are contained in 10 books, known as Mandalas. This long collection of short hymns is mostly devoted to the praise of the gods. However, it also contains fragmentary references to historical events, notably the struggle between the early Vedic people (known as Aryans) and their enemies, the Dasas or Anaryas.

Battle of the Ten Kings