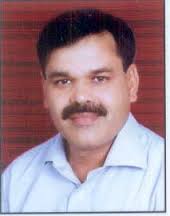 Sat Prakash Rana was born on 21st March, 1966 in a freedom fighter's house in Bijwasan, Delhi . His father, Late. Shri. Ramphal Pehalwan is a well known freedom fighter. Though a freedom fighter, who was jailed for his nationalist activities, he remained a non-political person throughout his life. His father passed on the virtues of nationalism, patriotism and selflessness onto Sat Prakash and as a result he is always interested in serving the society in every possible way.

Sat Prakash Rana won election from Bijwasan constituency in 2008 and 2013. In the present Delhi Assembly where 40% of the MLAs are not even Graduates (as per TOI dated 10th Dec 2008 ), Sat Prakash Rana holds a Post Graduate degree in history. It was during his college days that he got attracted towards ABVP and became an active member of this student organization. He worked with ABVP for 6 years. He also got elected to the MLN College ( Delhi University ) Students Union. Through ABVP, Sat Prakash got attracted to RSS (second year educated) and this paved a way for him to channelise his energies towards working for humanity, society and motherland.

When he completed his education, his relatives and friends suggested to him to join politics to serve the country. At that time politics was full of people who were uneducated, old but Sat Prakash changed the way people thought about politician by getting elected from the erstwhile Mahipalpur constituency as the youngest member of the First Assembly of Delhi at a tender age of 27 years. Through his youthfulness, transparency, positive and clean attitude he has slowly and steadily got into the heart of every individual of his constituency. To some he is their son, to others their brother and he has always ensured that these words indeed carry the weight and the meanings they have. Always accessible, always amongst the people to share their happiness or grief, always forthcoming he is someone that you want your politician to be.

Wresting the representation from Congress, he has once again got elected to the fourth Assembly of Delhi from Bijwasan Constituency. The people of his constituency can now expect some developmental activities which were missing for the past several years. He has always worked for the people of Delhi and it seems that the people have found in him a "leader of the masses" for whom bigger roles and responsibilities are awaiting in the future to come. Highlights:

MLA-Mahipalpur- 1993 at age of 27,youngest in Delhi not Arvinder Singh lovely as Media claims.