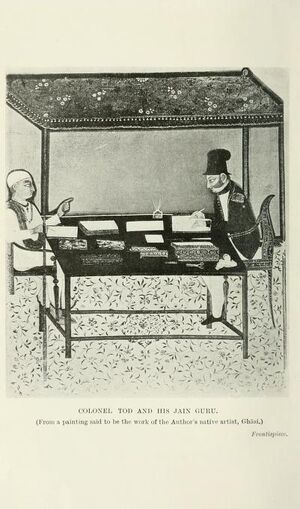 Lieutenant Colonel James Tod served as the East India Company’s political agent to the Western Rajputana states in the early 19th century, and while working there he undertook extensive research on Rajput history and polity. The publication of his exhaustive two volumes of Annals and Antiquities of Rajasthan (1829/32) makes him one of the most important British historians of India. Complete introduction is provided in Introduction by the Editor Vol I below. We have wikified the following contents from his annals on Jatland for research and analysis: