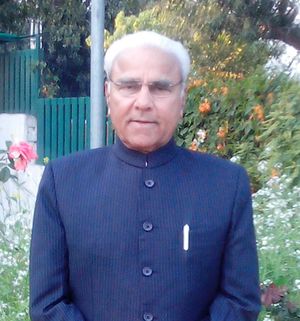 Practised on Criminal, Civil and Revenue side for 14 years, first at District Courts, Karnal and then Kurukshetrra. During this period of legal practice also worked actively in Social Organizations, Institutions of Arya Samaj, Gurukul and other Educational Institutions of the area.

In March 1986, selected in the Superior Judicial Service and joined as Additional District and Sessions Judge, in the State of Haryana. Thereafter, designated as District & Sessions Judge, remained posted as such in the District of Gurgaon, Rohtak, Ambala, Yamuna Nagar, Hisar, Mohindergarh at Narnaul, Bhiwani and Faridabad. Then from January 28, 2002 to November 04, 2004 served as Registrar General of the Punjab and Haryana High Court, at Chandigarh. Elevated as a Permanent Judge, to the Bench of Punjab and Haryana High Court, Chandigarh on November 05, 2004. During his tenure as Judge of the Punjab and Haryana High Court, disposed of 6879 main cases in addition to other miscellaneous applications/ matters. Thereafter attaining the age of superannuation, retired on 2.6.2009. Then, on the recommendation of the Hon’ble Chief Justice, Punjab and Haryana High Court, His Excellency Governor of Punjab appointed him as President of the State Consumer Commission, U.T., Chandigarh. He worked there upto 17.01.2011 and thereafter, in consultation with Hon'ble the Chief Justice, was appointed as Lokayukta, Haryana. His Excellency, the Governor of Haryana has administered him the oath of office of Lokayukta, Haryana on 18.01.2011. As Lokayukta he has held meetings in order to create awareness about the provisions of law against the menace of Corruption and Crime, with all the district officers, members of the Bar Associations and elected representative of local bodies/ NGO's etc in all the districts of state of Haryana. As a result of this awareness people of Haryana State have come forward to institute as many as 2423 complaints against the public servants and elected representatives. Out of which 1664 have been disposed of till 31st December 2013.

He is well versed in English, Hindi, Sanskrit, Urdu and Punjabi.

As a Writer and Social Worker

After his superannuation from the High Court, he has authored three books: “Power of Thought” in English, “Vicharshakti ka Chamatkaar” in Hindi and “Mukti Prapti ki Vidhi” in Sanskrit.

He is acrively associated with the welfare activities to serve humanity by organising free medical camps specially aimed at serving the under privileged people residing in rural area. He holds a monthly camp of Character Building at his “Yagyashala” where daily Havana is performed.

On Eradication of Corruption

It is also to add here that in his three Annual Reports made to His Excellency the Governor of Haryana, he has strongly recommended for incorporating some amendments in the Lokayukta Act to make it more effective and strong. At the same time, long term plan for eradication of corruption/maladministration from public life, by introducing moral education with the Motto of character building at school level and also to create a permanent character building department under the Government, has been suggested. He firmly believes that for complete eradication of corruption it is important to change the mind set of the youth which is possible only by introducing moral based education with a motto of Character Building. He has further suggested FIVE MOOL MANTRAS to the Government in his detailed reports for fighting the menace of Corruption:

Back to The Administrators/Judicial Services