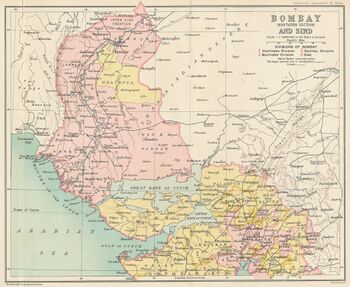 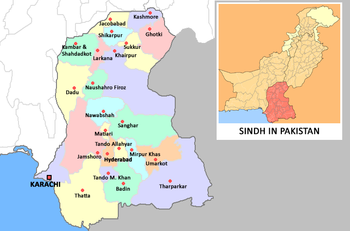 Khairpur (Hindi: खैरपुर, Sindhi: خیرپور, Urdu: خیرپور) is a city and district in the Sindh province of Pakistan.

The district is divided into eight Talukas:

It was founded in 1783 by Mir Sohrab Khan, who established the Khairpur branch of the Talpur clan. The settlement was selected as the seat of the Mirs of northern Sindh. The city is famous for its dates, known in the Sindhi language as Khark, and in Urdu as Khajoor.

The history of the state of Khairpur is bound up with the history of the Talpur clan and its rule over Sind. The origins of the state date back to the disputes over the succession to the leadership of the clan, following the murder of its chief, Mir Bahram Khan in 1775. The clan then revolted against the Kalhoras of Sind, taking control of various parts of the kingdom and eventually replacing them as rulers.