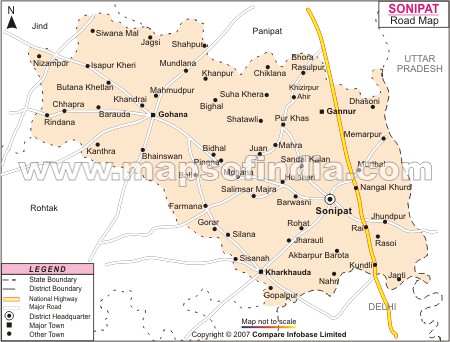 Location of Kharkhauda in Sonipat District

Name of the Kharkhod is said to be derived from Kharak meaning a stall. Another tradition connects it with Khara and Dushana, the brothers of Ravana, the rakshasa king of Lanka (now Sri Lanka). In this historical site ,there is a tomb of Syed Sufi and his fair held annually.

The town nurses a number of places of public utility of which a college, a civil veterinary hospital, a civil dispensary, a post office and police station are worth mentioning. It is an important grain market. Very soon Kharkhoda town is going to become Industrial Model Town and also a new Civil Hospital is constructed at Thana Kalan Road. Also the new roads are under construction upto the newly constucted bye pass all over the town. ITI is also under constructed on bye-pass. Grain Market situated at Khanda Bypass.

Famous Personality from this village