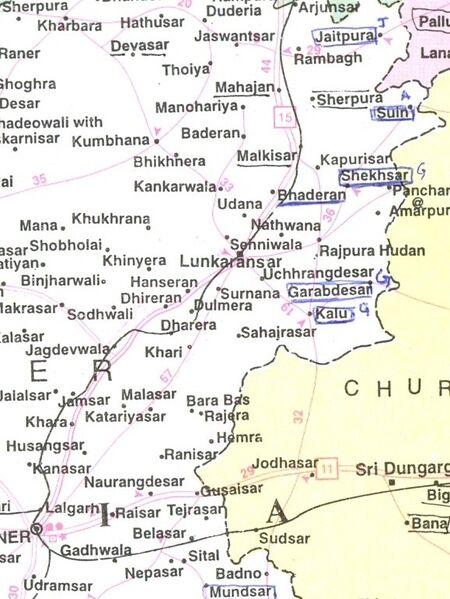 Location of Lunkaransar in Bikaner district

There are more than 400 families residing in this village, and out of them 100 are of Hudda gotra. Other Jat families are Saran, Kookna, Godara, and Shyoran.

Rajpura Huddan is located 90 KM away from Bikaner in north–east direction. It is said that Raju Ram Hudda founded the village, and hence on his name, it is called Rajpura Huddan.