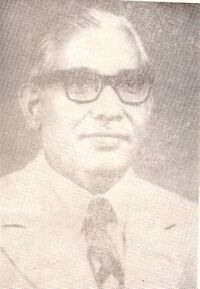 Cheti Lal Verma (चेतीलाल वर्मा) (2 June 1921 - 18 January 2000) was an Industrialist from Haryana, India. He was born on 2 June 1921 at village Chhajjunagar in Palwal tehsil of Faridabad district in Haryana in Nauhwar gotra Jat family. His father's name was Ch. Hiralal Jaildar, a humble farmer.

He married Urmila Devi and had four sons and two daughters.

During Second World War, he served in Indian Army. He was against British policies. A British officer in the army Court Martialled him since he used to speak against British Raj with his fellow jawans in the army. After this, he got himself discharged from the Army and came home. Then he started his own business and became a successful businessman.

He always contributed for the welfare of the Jat community. In 1988, he donated Rs. 1 Lakh for the publication of Jat History book written by Dalip Singh Ahlawat named Jat Veeron Ka Itihas. He also donated to other Jat institutions.