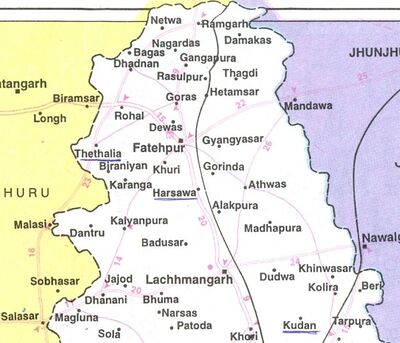 Before creation of Dhod tahsil, this village used to fall within Sikar tahsil.

It is in north of Sikar town & south of Dinarpura Sikar village.