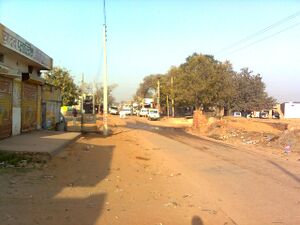 Jhojhu Kalan is a village in Charkhi Dadri tahsil and district of Haryana. This is one of the biggest Sangwan villages in the area.

JHOJHU the twin villages near Charkhi Dadri was on the camel caravan route between Delhi and Karachi in Pakistan. Merchants alongwith their camel used to rest near a water pound called BUDALLA Johad south of present Jhojhu. There were grasslands all around and there camel used to eat JHOJHRU (wild grass) which was plenty all around so the merchants used to talk of jhojhru which became JHOJHU by the time.... as told by old people of the village by their ancestors.

This village boasts of ex- serviceman from many generation and shown courage and valour in many battles pre and post independence. 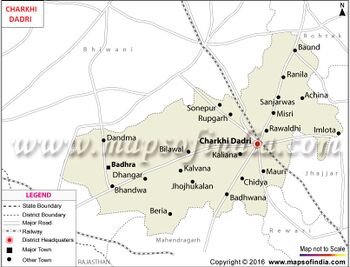 Jhojhu Kalan on the Map of Charkhi Dadri District

It is around 16 KMs from Charkhi Dadri and around 37 KMs from Bhiwani. The village is surrounded by Aravali range hills all around, which creates a wall kind of structure for the village. Currently, mining has started in these hills and it is big concern for environment in the region. Dada Dohla temple is situated at a distance of around 4 KMs in north of the village. This temple is very famous and worshiped by people of the area.

Jhojhu Kalan represents 13 Sangwan villages under "Sangwan Chalisi (40)". Head of 13 villages is selected from this village only. From last two decades Rajbir Singh Sangwan (Pradhan) is representing 13 Sangwan gotra villages. Many young men from Jhojhu Kalan village have served in the Indian Army and have proved be the best soldiers.

The Girls college is on Bhiwani Road- around half a KM from main bus stand of the village. It hosts various courses for girl students.

The village is surrounded by other Sangwan clan villages. Kalali and Balali villages are in the east. Jhojhu Khurd is in the west. Badal and Mehra are in the north and village Chandeni in the south.