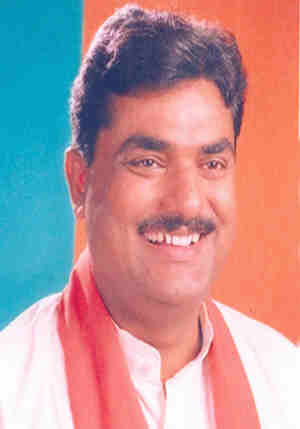 Kamal Patel is a politician of Bhartiya Janta Party from Madhya Pradesh, India. He was born on 6 October 1961 in village Ratatalai of Harda district in Madhya Pradesh in a Hindu Jat family of Dudi gotra. His father’s name is Harnath Dudi and mother’s name Parvati Dudi.

He got his primary education from villages Ratatalai and Abgaon Kalan. He passed his middle school from Municipal Middle School Harda and Higher Secondary from Sadhana Higher Secondary School Harda. He did B.Com. and LLB from Devi Ahilya University Indore, Madhya Pradesh.

Kamal Patel has been associated with Akhil Bhartiya Vidyarthi Parishad, a student Union affiliated with Bhartiya Janta Party, from student life. He is president of BJP Yuva Morcha Hoshangabad. He is state general secretary of BJP Yuva Morcha. The main achievements of his political career are as under:

He has been active as a social worker from the student life. He is popular in his constituency as a leader who always keeps interests of public in mind. He was instrumental in formation of Harda district to intensify the developmental activities. He has worked for spreading the network of canals in Harda and Hoshangabad districts as a result of which these districts have become comparable with the districts of Punjab in the matter of agricultural production.

He has got exceptional organizational capacities. He conducted number of political and social functions successfully namely, Yuva Morcha Mahadhiveshan Indore, Pradesh Parivartan Yatra for about a month. He keeps organizing community development functions to uplift the poor and eliminate social evils.

He is instrumental in establishing Nehru Yuva Kendra, Navoday School, and Central School etc in Harda town. He developed Harda Municipality as a model. He got established Thakre Saheed gallery museum. As a minister he introduced new dimensions in medical education. He could get identify the first patient of ‘Kalajar’ and get it treated immediately.