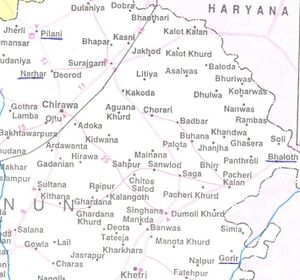 Location of Ojtu in Jhunjhunu district

It is situated in South-West of Chirawa, about 5 km away from the town on Chirawa-Jhunjhunu Road.