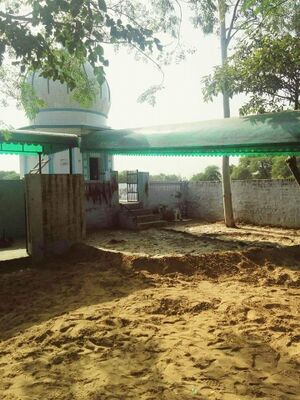 Tomb of the founder of the Kaleka Sarao Jat Clan

The family leader during the years 1720-1740 was Dewan S. Gurbakhsh Singh Kaleka i.e. belonging to village Kaleke. The village was founded by the Chaudhry in about 1640AD. Guru Hargobind Sahib patronised the Chaudhry.