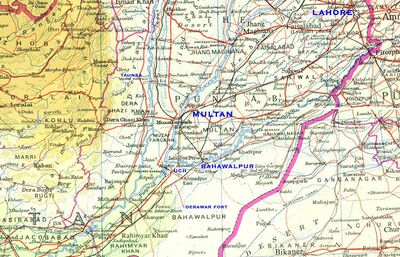 The district of Toba Tek Singh is administratively subdivided into three tehsils and 82 Union Council[1]:

Origins of Name town is after a Jat Sikh religious figure Tek Singh. He had constructed a pond here which in Punjabi is called Toba (टोबा). Legend has it that Tek Singh, a kind hearted man, served water and provided shelter to the worn out and thirsty travellers passing by this small pond, which eventually was called Toba Tek Singh, and the surrounding settlement acquired the same name.