Choudhary Ved Pal Dhanda was a leader, a social worker and an advocate from District Yamuna Nagar, (Haryana). He was born in a peasant family. 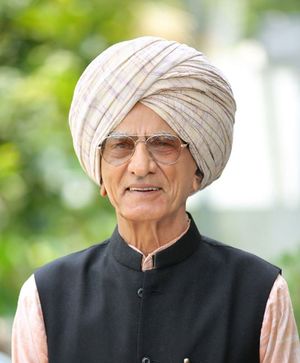 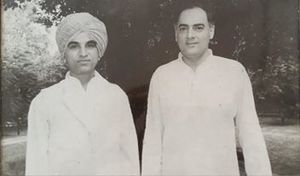 Graduated and Earned his Law Degree from Panjab University, Chandigarh.

Practised on Criminal, Civil and Revenue side for , at District Courts, Karnal. During this period of legal practice also worked actively in Social Organizations, Institutions of Arya Samaj, Gurukul and other Educational Institutions of the area. Elected as the President of Bar Association Karnal many a times . 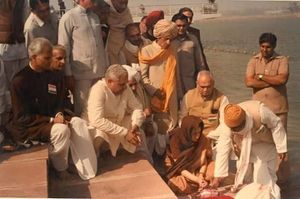 A veteran Haryana politician, who maintained close relationship with leaders of various parties.

According to sources, Pal had first unsuccessfully contested as a Jan Sangh candidate from Indri in 1968.

Later, he joined the Congress and got elected from Ghraunda, Karnal, in 1982.

Then he was considered as a close confidant of then Congress chief minister Bhajan Lal and became the deputy speaker.

Later, he switched his loyalty to the rebel Congress leader Bansi Lal and joined his Haryana Vikas Party. Once Considered the most close confidant of Bansi lal he enjoyed powers as equivalent to a Cabinet Ministers .He Rose To become HVP General Secretary.

He lost the 1996 assembly elections as a HVP candidate but owing to his proximity with Bansi Lal, he was appointed chairman of Haryana marketing board from 1996-99 , Equivalent to a Cabinet Minister Berth .

Old timers recall him as an upright politician who had started as a panchayat secretary.

After the then Congress leader Sharad Pawar left the party against the Congress' proposal to make Sonia Gandhi prime minister, owing close proximity to Sharad Pawar , Pal had joined Pawar's political outfit in 1999 and was appointed head of the state unit. 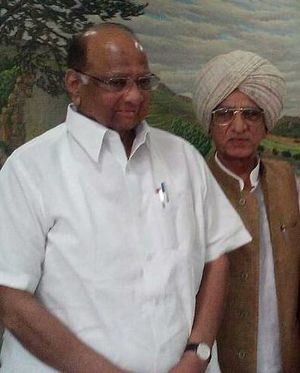 Owing to close Proximity with Gandhi Family Indira Gandhi , Rajiv Gandhi & Bansi Lal - The Masters to curb Terrorism . Terrorist Attack Was Made Upon Him March 9 1984 and an Another attack was made on Ch Ved Pal’s house in Karnal in 1998 when he was the Chairman of the State Agriculture Marketing Board and enjoyed the rank of a Cabinet minister.

He is actively associated with the welfare activities to serve humanity by organising various helpful free activities and camps specially aimed at serving the under privileged people residing in rural area.