Main occupation of people is agriculture and government/private jobs. Some villagers are employed in government service in Indian Army, Rajasthan Police, BSF and Teaching. Many people are doing private jobs in other states and countries also. 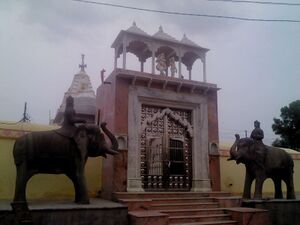