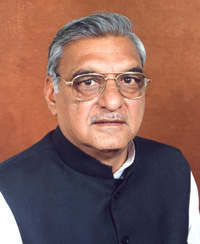 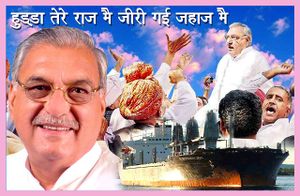 He was born at village Sanghi in Hooda gotra Jats in Rohtak district. Previously, he had been a Member of Indian Parliament (Lok Sabha) for four terms in 1991, 1996, 1998, 2004 and the Leader of Opposition in Haryana's Legislative Assembly from 2001 to 2004. Ch. B.S. Hooda also served as the President of HPCC (Haryana Pradesh Congress Committee) from 1996 to 2001. For three consecutive Lok Sabha terms he entered Indian Parliament defeating Ch. Devi Lal, another tall Jat leader in famous electoral battles in the Jat heartland of Rohtak. Mr. Hooda is well known for leading various farmer movements in Haryana. He is from the Indian National Congress. He is also a Member of the Bar Council of Punjab and Haryana.

October 2014 - Re-elected is MLA of Haryana Vidhan Sabha. But since Congress Party lost majority, he lost his Chief-Ministership.

October 2019 - During state assembly election, he again won MLA election from Garhi Sampla-Kiloi constituency, defeating his rival candidate, Mr. Satish Nandal of BJP. This time, under his leadership, Congress regained strength in Haryana and won 31 seats. But full majority could not be achieved by Congress party and BJP again formed government in Haryana.