Dabwali on Map of Sirsa District

Mandi Dabwali (मंडी डब्वाली) is a city and a Municipal committee in Sirsa district in the Indian state of Haryana. However its few areas are also situated in Bathinda and Muktsar district of Punjab. Coordinates: 29°58′N, 74°42′E

It is located on the border of Haryana and Punjab, and is just a few minutes travel from Rajasthan border. Due to its unique location, Mandi Dabwali provides a blend of cultures from all three states. 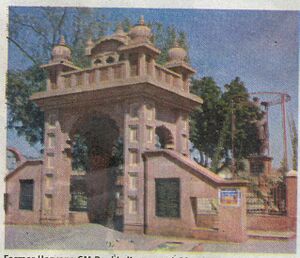 The city has been developed as a Mandi for the farmers (a place where they can sell their produce), which is the main revenue source for the city as lots of different businesses depend upon buying the produce from the farmers and then selling it to people as well as to govt.

Apart from the businesses directly involved in the buying/selling of the produce, other businesses also depend upon the same as the farmers travelling to city are the main customers for every kind of market. Moreover it is famous for manufacturing jeeps in whole India. 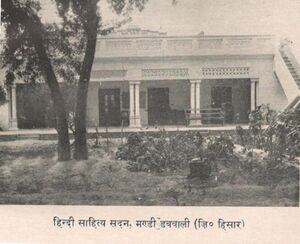 As Far As CULTURE of the city is concerned,is not specific due to different kinds of people living in the city. They hare and celebrate all the festivals with full harmony and spirit. The youth of the city is very forward and enthusiastic. Western culture is also becoming the part of the city as most of the youth is employed in all the major cities and the giant companies of the India as well as the world.

Most of the natives of Mandi Dabwali were rooted in Punjab, so Punjabi is the main language of communication. Also, due to its location and people from different origins, one gets [[Punjabi, Hindi, English to hear many other dialects like Haryanvi and Rajasthani language.

Moreover it is famous for manufacturing villy Jeeps and Arc Welding Sets.

Mandi Dabwali is also famous for its bikers ,they are perfect in doing dangerous stunts with their bikes. 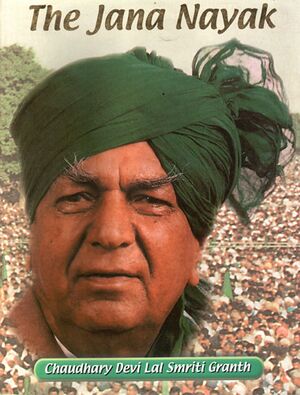 Politically, Mandi Dabwali is the traditional constituency of former Haryana Chief Minister Devi Lal and his son Om Prakash Chautala. Both parts of the city have enjoyed a special status. For instance, when Om Prakash Chautala was chief Minister, the Haryana part of the town never experienced power cuts. Currently the Punjab part of the city is enjoying uninterrupted power supply as this falls under the Lambi constituency of Badal.[2]

There is one landmark memorial of former Deputy Prime Minister Devi Lal built by Prakash Singh Badal during the previous Akalidal-BJP coalition Government in Punjab.

Hinduism is followed by a majority of people, followed by Sikhism, Jainism, Bishnoi, Islam and Christianity. City is home to lots of temples, gurudwaras and other religious places. All the festivals are celebrated with lots of enthusiasm & participation from all the natives.

Dabwali : The city from where a man who is famous all over the world that he the P.M. in Israel named Rajender Kumar.