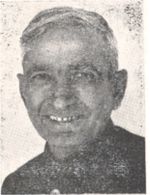 Ch. Dalip Singh Panwar Son of late Shri Sukhan Lal was a native of Shahpur Jat Village in Delhi and was also 1st Jat MP from Delhi. He contested election from outer Delhi constituency in 1971 on Congress Party ticket and won it by defeating Brahm Prakash Yadav. His son Surender Singh Panwar was also councilor and his Daughter-in-law Jayshree Panwar was a councilor for three terms and Ex-mayor of Delhi in 2002.

Social activities—Social service particularly uplift of the poor and common men of the society, farmers, and Scheduled Castes and Scheduled Tribes in rural areas.

Favourite pastime and recreation—Reading of historical and political books.