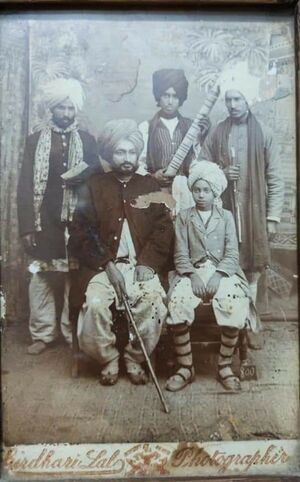 Chathian Wala is a town in Kasur District in the Punjab province of Pakistan. The Estate:- Chathian Wala belonged to Dynasty:- Khaira Jats.

Khaira - The Khaira claim descent from the Suryavanshi Rajputs. They are found throughout central Punjab, and prior to partition, were also found in Amritsar, Jalandhar and Ludhiana districts. They are now found in Faisalabad, Sargodha, Khanewal, Lahore, Sialkot, Kasur and Gujranwala districts.