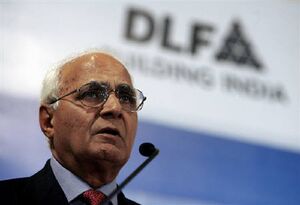 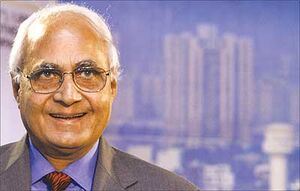 After graduating in Science from Meerut College, he went to UK to pursue higher studies in Aeronautical Engineering. Along the line, Mr. Singh got selected to the prestigious Indian Army, by British Officers services Selection Board, UK. Subsequently, he joined the Indian Military Academy at Dehradun. He thereafter was commissioned into The Deccan Horse- a renowned cavalry regiment of The Indian Army. In the year 1960, he joined American Universal Electric Company, a joint venture between Universal Electric Company of Owosso, Michigan and the Singh family. Subsequently, he promoted another company, i.e. Willard India Limited in collaboration with ESB inc of Philadelphia for manufacturing automatic and industrial batteries in India and became its Managing Director.

In the year 1979, he joined DLF Universal Limited. American Universal Company merged with DLF Universal Limited and Mr. Singh became the Managing Director of this new company. Today, the Group has established a national leadership position as a comprehensive and optimum value solution provider combining high-end technology, design and aesthetics in order to meet its customer aspirations across the residential, commercial and retail segments of the real estate industry. The Company DLF was founded in 1946 by his father-in-law Chaudhary Raghavendra Singh. This company has built 21 townships in south Delhi.