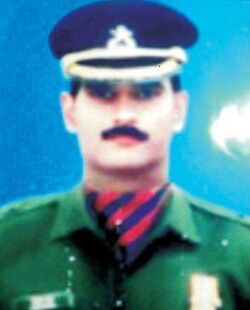 He was posted at the Rashtriya Rifles where he was recognised by the Army for moulding his unit into a formidable counter-insurgency team. He led a number of operations from the front and died in a battle that led to the killing of three terrorists and recovery of a large cache of war-like stores.