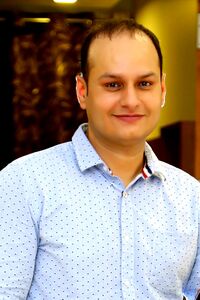 Rahul Singh, Born on 2nd June, 1982 in the family of Lawyers at Delhi. His father Sh. Shree Pal Singh Siwach, is an eminent Advocate in Supreme Court of India. After obtaining degree in B.Com. and LL.B from University of Delhi, he was enrolled as an Advocate with the Bar Council of Delhi and started his legal practice. He is married to Ms. Renu Chaudhary DJS.

Rahul Singh has more than 15 years of experience in providing advisory, compliance and litigation support services. He has represented various National & International Organizations and has a very diversify clientele. He started working with his father, drafting & assisting him in numerous cases with reported judgements. He is a former Counsel for Union of India at Hon’ble Supreme Court of India. He is also a former Counsel in Hon’ble High Court of Delhi for Employees Provident Fund Organization and represented all the three Municipal Corporation/s of Delhi for almost 7 years (for unified MCD also, prior to trifurcation of MCD). He was a Counsel and then appointed as Standing Counsel for Indian Red Cross Society (constituted by the Indian Red Cross Societies Act, 1920 and under the Presidentship (ex-officio) of Hon'ble President of India. He is also Legal Advisor to Shree Shyam Sahara Mandal, Delhi (a society registered under Societies Registration Act). For the last 10 years, he is Counsel for National Agricultural Cooperative Marketing Federation of India Ltd. (popularly known as NAFED). Being counsel for NAFED, in Arbitration related matters, he has handled & won various High value Arbitrations, worth Hundreds Million/s. He is one of the very few Advocates, in India, who has represented client/s (Member of Parliament) before Hon'ble Speaker, Lok Sabha under Anti-Defection laws. Primarily being into Commercial Arbitration, he has strong experience in handling arbitration related litigation like appointment of arbitrators, injunctions, reference to arbitration, challenging of arbitral awards, legal opinion and feasibility study on potential arbitration matters etc.

Back to The Advocates