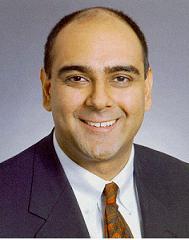 In 2000, Satveer Chaudhary (Tomar) became the first Asian-Indian senator in American history. He was born in 1969, at Minneapolis in Minnesota; and spend his childhood in Fridley, Minnesota.

In 1987, he graduated from Columbia Heights High School, that was located at Fridley in Minnesota. Later on, he studied at St. Olaf College to pursuit his Bachelor of Arts in the Political Science stream, and further proceeded to Oxford University to study British and American foreign policy. He also holds a Juris Doctor (professional doctorate in law), that he successfully completed at the University of Minnesota Law School.

He is the youngest and first ever, Asian Senator from Minnesota. In 1996, when he was elected State Representative, Chaudhary became the first Asian-American member of the Minnesota Legislature and only the fourth Asian-Indian elected to a state legislature in the United States. In addition to serving as State Senator, Chaudhary is an attorney and business consultant.

In the Senate, Chaudhary currently serves on five committees, including Capital Investment, Crime Prevention and Public Safety, Transportation Policy and Budget Division. He was elected Majority Whip in the Minnesota Senate and serves as Vice-chair of the Finance Committee. In his legislative work, Senator Chaudhary focuses on local community projects, improving education, implementing stricter laws regarding child pornography, supporting commuter transit, and prohibiting murderers from obtaining guns. His community activities remain stronger than ever as a sportsman, volunteer attorney, and party activist.

The worldwide Asian-Indian community recognized his dedicated work, naming Chaudhary to the top 50 non-resident Indians in the world (NRI World magazine). In 2001, Senator Chaudhary had the honor of escorting the Dalai Lama in his visit to Minnesota. Later in 2001, Chaudhary was chosen to be a delegate by the American Council of Young Political Leaders to Argentina and Uruguay.

The active role Senator Chaudhary takes in serving Minnesota is evidence of traits handed down by his parents: “My parents taught me to value education, hard work, and to never forget how we began.”

A "proud to be a Jat" re-elected to a US State Senate from a 90 per cent white constituency is a rare event. His parents immigrated from Rohtak in 1966. His father is a doctor. While Chaudhary senior worked as a vet in the US Department of Agriculture, Satveer sweated it out as a bus boy and a dishwasher at a restaurant. "My father was offered the job by the then senator. He wouldn’t believe that Hubert Humphrey himself was offering him the job on the phone. This made me realise the power of politics to better people's lives, particularly non Americans," says Chaudhary.