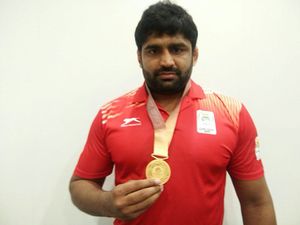 Malik was born on 9 January 1993.[4] A resident of Karor village of Haryana's Rohtak district,[5] he shifted to Delhi's Chhatrasal Stadium for wrestling training at the age of 13.[6]

Back to The Players