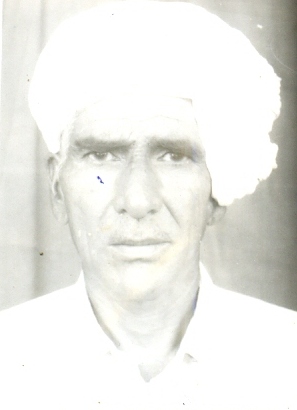 Surja Ram Saran (सुरजाराम सारण) was a freedom fighter in Rajasthan. He was born in the family of a Saran Jats of village Jaisangsar, tahsil Sardarshahar, district Churu in Rajasthan.

Hari Ram Dhaka along with seven persons reached Kangar. Chaudhari Surja Ram Saran, Jaisangsar and Ganpat Ram Nai had also come to Kangar the same day. Both were in white khadi clothes and were wearing Gandhi topi. The Syanan Jagirdar, Kishan Singh, attacked them with lathi which broke the head of Surja Ram and one hand of Ganpat Ram. They fell on the ground. Kishan Singh was shouting "kill them". This attack led the revolutionaries to start demonstration against the Jagirdars, shouting slogans for freedom. This was the first demonstration against Jagirdars under leadership of Hari Ram Dhaka at Kangar village. On 30 October 1946 at 10 am, Hari Ram Dhaka along with his associates were arrested and imprisoned in the fort.