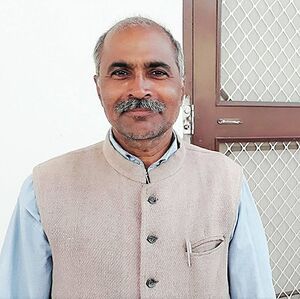 Bhanwar Lal Bijarnia (भँवरलाल बिजारणिया) is writer and editor and is associated with a number of magazines. He was born at village Hudeel (हुडील) in Nawa tahsil of Nagaur district in Rajasthan.

He is employed in National Seeds Corporation Ltd., stationed at Sikar. He has received many national level awards. He took 23rd time 'First Hindi Prizes' in his own department at national level for official language use in Central Govt. Scheme programmes organised every year.