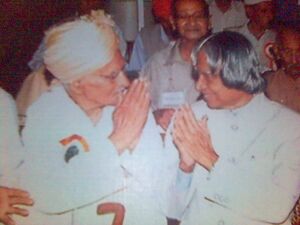 Hoshiyar Singh Thakran (1930 – 2006) was an eminent educationist, Arya Samaji and social worker of Delhi, India. He was born on 8 August 1930 in village Bajitpur Thakran of Northwest Delhi. Till his retirement in 1996 he acted as Principal in various Central High Schools run under the Directorate of Education Government of Delhi.

He was a true Jat who loved his community from the bottom of his heart. He was always ready to serve the Jat community. He regularly attended Jat Panchayats; and he was present at the venue of the World Jat Mahasabha in Delhi.