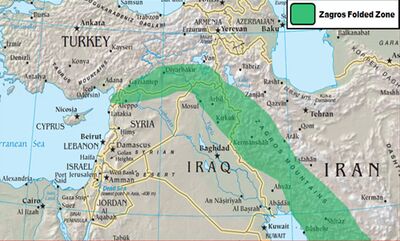 Jordan(Hindi:जोर्डन; Arabic: الأردن‎ al-Urdun) is an Arab kingdom in Western Asia, on the East Bank of the Jordan River.

Jordan is bordered by Saudi Arabia to the south and east, Iraq to the north-east, Syria to the north, and Israel to the west.

Major cities include the capital Amman and Salt in the west, Irbid, Jerash and Zarqa, in the northwest and Madaba, Karak and Aqaba in the southwest. Major towns in the eastern part of the country are the oasis town of Azraq and Ruwaished.

Jordan is divided into 12 provinces known as governorates, which, in turn, are subdivided into 54 departments or districts called nawahi.

After the post-World War I division of West Asia by Britain and France, the Emirate of Transjordan was officially recognized by the Council of the League of Nations in 1922. In 1946, Jordan became an independent sovereign state officially known as the Hashemite Kingdom of Transjordan. After capturing the West Bank during the 1948 Arab–Israeli War, Abdullah I took the title King of Jordan. The name of the state was changed to The Hashemite Kingdom of Jordan on 1 December 1948.

In antiquity, the present day Jordan became a home for several Semitic Canaanite-speaking ancient kingdoms, including the kingdom of Edom, the kingdom of Moab, the kingdom of Ammon, the kingdom of Israel and also the Amalekites. Throughout different eras of history, the region and its nations were subject to the control of powerful foreign empires; including the Akkadian Empire (2335-2193 BC), Ancient Egypt (15th to 13th centuries BC), Hittite Empire (14th and 13th centuries BC), the Middle Assyrian Empire (1365-1020 BC), Neo-Assyrian Empire (911-605 BC), the Neo-Babylonian Empire (604-539 BC) and the Achaemenid Empire (539-332 BC) and, for discrete periods of times, by Israelites. The Mesha Stele recorded the glory of the Kings of Moab and the victories over the Israelites and other nations. The Ammon and Moab kingdoms are mentioned in ancient maps, Near Eastern documents, ancient Greco-Roman artifacts, and Christian and Jewish religious scriptures.[1]

Due to its strategic location in the middle of the ancient world, Transjordan came to be controlled by the ancient empires of Persians and later the Macedonian Greeks, who became the dominant force in the region, following the conquests of Alexander the Great. It later fell under the changing influence of the Hellenistic Seleucid Empire from the North and the Parthians from the East.

The Aramaic speaking Nabatean kingdom was one of the most prominent states in the region through the middle classic period, since the decline of the Seleucid control of the region in 168 BC. The Nabateans were most probably people of mixed Aramean, Canaanite and Arabian ancestry, who fell under the early influence of the Hellenistic and Parthian cultures, creating a unique civilized society, which roamed the roads of the deserts. They controlled the regional and international trade routes of the ancient world by dominating a large area southwest of the Fertile Crescent, which included the whole of modern Jordan in addition to the southern part of Syria in the north and the northern part of Arabian Peninsula in the south. The Nabataeans developed the Nabatean Alphabet, a descendant of the Aramaic alphabet, which was eventually to lead to the formation of the Arabic Script in the 4th century AD.[2] Their language was originally Aramaic (a West Semitic language), but became infused with South Semitic Arabic with the migration of Arab tribes into Nabatea in the 3rd and 4th centuries AD.[3] It acted as an intermediary between Aramaean and Classical Arabic, the latter of which evolved into Modern Arabic.

The Nabateans were largely conquered by the Hasmonean rulers of Judea and many of them forced to convert to Judaism in the late 2nd century BC. However, the Nabataeans managed to maintain a sort of semi-independent kingdom, which covered most parts of modern Jordan and beyond, before it was taken by the Herodians and finally annexed by the still expanding Roman Empire in 106 AD. However, apart from Petra, the Romans maintained the prosperity of most of the ancient cities in Transjordan which enjoyed a sort of city-state autonomy under the umbrella of the alliance of the Decapolis. Nabataean civilization left many magnificent archaeological sites at Petra, which is considered one of the New 7 Wonders of the World as well as recognized by the UNESCO as a World Heritage Site.

Following the establishment of Roman Empire at Syria, the country was incorporated into the client Judaean Kingdom of Herod, and later the Judaea Province. With the suppression of Jewish Revolts, the eastern bank of Transjordan was incorporated into the Syria Palaestina province, while the eastern deserts fell under Parthian and later Persian Sassanid control. During the Greco-Roman period, a number of semi-independent city-states also developed in the region of Transjordan under the umbrella of the Decapolis including: Gerasa (Jerash), Philadelphia (Amman), Raphana (Abila), Dion (Capitolias), Gadara (Umm Qais), and Pella (Irbid).

With the decline of the Eastern Roman Empire, Transjordan came to be controlled by the Christian Ghassanid Arab kingdom, which allied with Byzantium. The Byzantine site of Umm ar-Rasas is a UNESCO World Heritage Site.

Prof. B.S. Dhillon[4] writes that According to Herodotus[5] Scythians also invaded Syria and Judea (part of modern Israel and Jordan) in 625 B.C. and subsequently reached the boundaries of Egypt. Its King called Psamtik I (663-610 B.C.) checked their advance by purchasing peace on their terms. 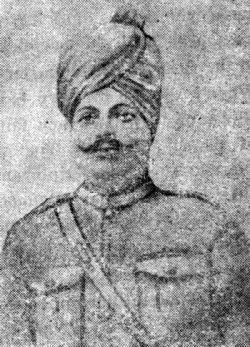 Risaldar Badlu Singh VC, (b.November 1876-d.23 September 1918), Dhankhar Jat from village Dhakla district Jhajjar (Haryana), was an Indian recipient of the Victoria Cross, the highest and most prestigious award for gallantry in the face of the enemy that can be awarded to British and Commonwealth forces.

He was a Risaldar in the 14th Murray's Jat Lancers, Indian Army, attached to 29th Lancers (Deccan Horse) during the First World War when the following deed took place for which he was awarded the VC.

On 23 September 1918 on the west bank of the River Jordan, Palestine, when his squadron was charging a strong enemy position, Risaldar Badlu Singh realised that heavy casualties were being inflicted from a small hill occupied by machine-guns and 200 infantry. Without any hesitation he collected six other ranks and with entire disregard of danger he charged and captured the position. He was mortally wounded on the very top of the hill when capturing one of the machine-guns single handed. But, before he fell, all the guns and infantry had surrendered to him.

"His valour and initiative were of the highest order." (London Gazette, 27 November 1918)