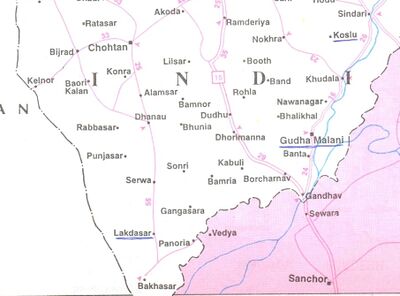 Location of Lilsar in Barmer District

Pincode of the village is 344708. It is situated 25km away from Chohtan town and 50km away from Barmer city. Lakrasar village has got its own gram panchayat. Harpuniyon Wala, Budiyon Ka Tala and Beniwalsar are some of the nearby villages.

Lilsar village came in news when An 88-year-old man in Barmer became a father when his 40-year-old wife gave birth to a son recently. Veermaram, a resident of Lilsar village, had married Jhamu Devi, when he was 70 year old. Jhamu Devi, incidentally, is his third wife and she already has a 15-year-old son from him. The birth of Veermaram's son took place 10 days back. Veermaram's first wife was Malu Devi whom he married when he was 22 years old. But on remaining childless for 20 years, Veermaram married again, this time to Jamna Devi. However Veermaram's sorrows doubled when Jamna Devi died without any issues. Veermaram, then adopted, his nephew Sheraram, who lived with him for 50 years. Veermaram is elated with the birth of his son at this age. He says he wants to see his son grow and is healthy enough to take care of him.[2] 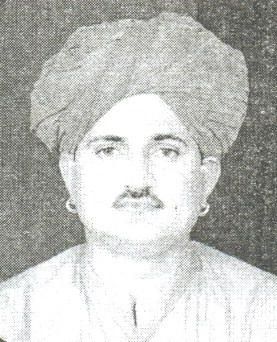