Maru (मरु) Maroo (मारू)[1] is a Jat Gotra found in Haryana and Rajasthan and Pakistan. Maru clan is also found in Afghanistan. [2]

Marudha (मरुध) were The Mahabharata Tribe Defeated by Sahdeva in the south (II.28.7), they may be the Madhka in Yudhisthira's army. Both 'Maru' and 'Mada' are found in inscriptions; could refer to Jodhpur and Jaisalmer states (modern Marwar). Marudhanva is a term for desert and Marudha may, derive from it.

Bhagawata Purana mentions them in the Ancestry of Kusha, son of Rama. 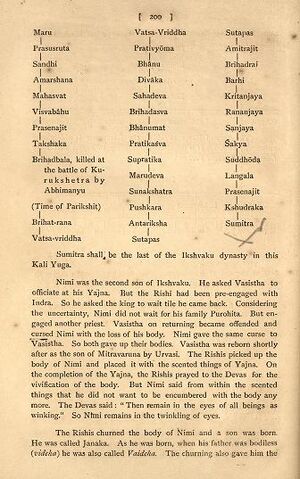 The Rishis churned the body of Nimi and a son was born. He was called Janaka. As he was born, when his father was bodiless (videha) he was also called Vaideha.

The churning also gave him the name of Mithila (Manth = to churn). He built the town Mithila. (Mithila is the modern Tirhut).

According to 1911 census the Maru were the principal Muslim Jat clan in district: