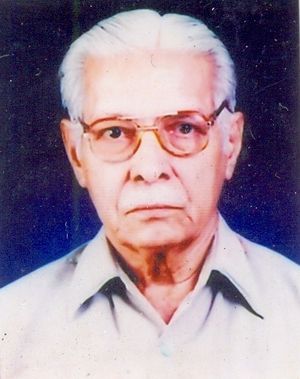 He studied in Middle School, Palam earlier and then passed the matriculation exam from Kharar (Punjab) in 1944. Same year he was nominated by Delhi administration to study in Punjab Agriculture College, Lyallpur (now in Pakistan). With the partition of India, he was given admission in December 1947 in Govt. Agriculture College Kanpur, from where he passed M.Sc. (Agri.)in 1950. All these six years he received merit scholarship from Delhi District Board and he happened to be first post graduate from the village.

He comes from a well known Jat family of Bhagmal Zaildar. The family should feel proud of having provided number of defence personnel. During World War-II, five uncles of Mukhtiar Singh had served at various locations in the army, Today, each of the last three generations have provided a Brigadier rank officer viz. Dalip Singh Solanki, Brig (Retd.) is Mukhtiar Singh's uncle. Anand Solanki, Brig. (Retd.) is his eldest son, whose two sons are presently serving in Indian Army as Colonel Rank officers.

Mukhtiar Singh Somehow decided to pursue his career in the Department of Forests.

He was selected for Superior Forest Service of CP & Berar in 1951 and was sponsored for two years training, for the award of Diploma in Forestry, at Indian Forest College, Dehra Dun. On completion of training in April 1953, he was appointed as Assistant Conservator of Forests in CP & Berar (now Madhya Pradesh). At that time, he happened to be the only Jat officer in the State Forest Service. He served full tenure of 35 years of service in Forest Department and retired on August 31, 1985 as Chief Conservator of Forests and Managing Director, M.P. State Forest development Corporation, Bhopal. He had outstanding career. In 1974, he was given accelerated promotion to the rank of Conservator of Forests and was given twice an opportunity to serve Central Government on deputation, viz. (i) (Lecturer at the Indian Forest College, Dehra Dun (1959-64 and (ii) Deputy Inspector general of Forests (GoI) (1987-91).