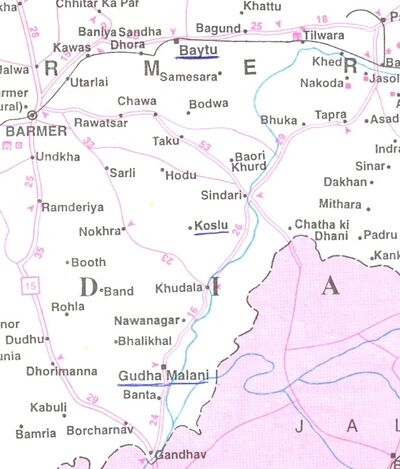 Purawa(पुरावा) is a village in Gudha Malani tehsil of Barmer district in Rajasthan.

Pincode of the village is 344033. It is situated 30km away from Gudha Malani town and 89km away from Barmer city. Arniyali is the gram panchayat of Purawa village. Andaniyon Ki Dhani, Siyago Ki Beri and Megwalon Ki Basti are some of the nearby villages.

The village was named after Pura Jat. He founded the village and dug a Bawri here for water, which was known as Purabav. This Purabav gave the name to village Purawa. This village is known for protecting wild animals and trees.

The village has about 150 Jat families. The Big gotras are:

Other Jat gotras are: