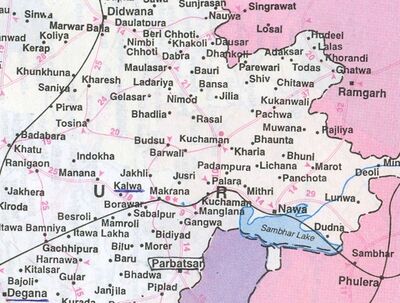 Location of Borawar in Nagaur district

Borawar (बोरावड़) is a village in Makrana tahsil of Nagaur district in Rajasthan.

The Makarana marble range has been divided broadly into 15 blocks according to the physical characteristics of the marble bands. Borawar is one of these blocks. Marble is the major industry in the area.