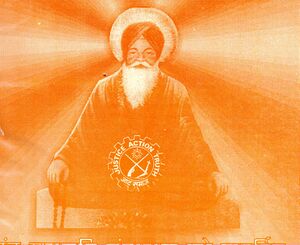 They are said to be descendants of Nagavanshi mahapurusha named Mandalika (मांडलिक). [4] They are also considered to be originated from place Mandovar (मंडोवर). [5]

The ancestors of Ganga Das had migrated from place called Mandla (मांडला) in Amritsar district of Punjab prior to 15 generations.

Surana is a notable village for this gotra. Villages in Ratlam district with population of this gotra are:

Mander village is in Salumbar tahsil in Udaipur District in Rajasthan.

Mander population is 6,900 in Patiala district.[7]

Bad Münder (also: Bad Münder am Deister) is a town in the Hamelin-Pyrmont district, in Lower Saxony, Germany. It is situated on the south side the Deister hills, approximatively 15 km northeast of Hamelin.[8]