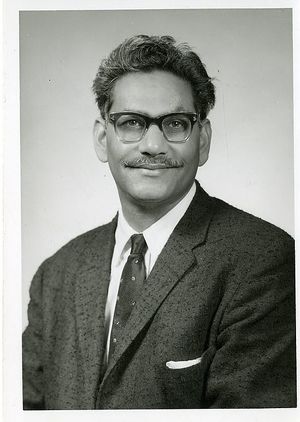 Balkrishna Govind Gokhale was a historian, who has taught in colleges and universities for forty-eight years, fifteen in India and thirty-three in the United States.

His interest in Buddhism

His interest in Pali literature and early Buddhism began in 1930s and has continued over half a century of research and publications on diverse aspects of Buddhist culture. His publication include fifteen books and over ninety papers published in journals in India, Sri Lanka, Thailand, United Kingdom, France, Italy, Israel, the United States and Canada. He is now professor Emeritus of History and Asian studies at Wake Forest University, Winston-Salem, North Carolina, USA where he taught from 1960 to 1990.

B.G. Gokhale[1] describes how, in India, at the beginning of the fourth century A.D., a line of rulers arose from obscurity to inaugurate a Golden Age. Literally, Maharaja means a great king. But the apparent and deliberate differentiation in the status of the earlier and later kings suggests that the political status of this Gupta was not much high in his own times. Probably he was only a feudal chief and not an independent king. [2]

Inside the Fort at Allahabad stands a monolithic sandstone column 35 feet round. On it are carved two inscriptions; no two epigraphs in the history of India are so dissimilar in content, nor in the spirit of the personalities that ordered them inscribed. One belongs to the middle of the third century B.C. and is that of the Maurya Emperor Asoka, known the world over as the great Buddhist and pacifist ruler of Indian antiquity.

The other is a panegyric composed by a court poet of a king called Samudra Gupta of the Imperial Gupta dynasty and belongs to the middle of the fourth century A.D. The Samudra Gupta inscription boasts of the numerous conquests of the Gupta monarch, of how skilled and brave the King was in battle and a great patron of religion and culture. The Asokan epigraph breathes peace and tranquillity; the Gupta inscription is a paean of glory on behalf of a redoubtable conqueror who ushered in the golden age of ancient India.

The Gupta dynasty, to which the exploits of Samudra Gupta gave an imperial habitation and name, was an obscure family of local rajahs who rose to eminence at the beginning of the fourth century A.D. Samudra Gupta was the son of Chandra Gupta I, whose claim to greatness lay into two disparate accomplishments. One was his marriage to Kumara Devi, a Licchavi princess of Nepal, and the other was the selection of Samudra Gupta as his successor.

Gokhale [3] takes the Vratyas as kshatriya in this context to mean representative of political power rather than a specific caste in the brahminical hierarchy and from the word Vratya infers that they were outside the pale of the brahminical civilization. [4]

On Jat origin of Guptas

K P Jayaswal takes it to stand for Dharan, a Jat clan found in Amritsar, and on the basis of the Kaumudimahotsava he concludes that Chandragupta I was a Karaskara or Kakkar Jat. [5] This view has been supported by B.G. Gokhale.[6]

Tej Ram Sharma[7] writes that Jayaswal emphasizes the similarity between the name of the Dharaniya Jats in Ganganagar district of Rajasthan and the Dharana gotra of the Guptas.[8] Chandragomin's grammatical illustration "ajayat jarto Hunan" (The Jarta or Jat king defeated the Hunas) has also been interpreted by Jayaswal to refer to the Gupta ruler Skandagupta's victory over the Hunas. Thus the Jat origin of the Guptas has been a favourite thesis of Jayaswal. Hoernle while identifying the people with Jats interprets the passage as referring to the defeat of the Hunas by Yasodharman.