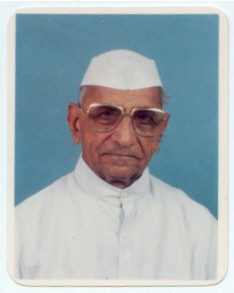 Virendra Verma received his early education at J.H. School in Shamli and DAV/SD High School in Muzaffarnagar. After his graduation he attained an L.L.B. in 1943 from Meerut College, Meerut.

He had special interests in education, agriculture, and sports (including wrestling, volleyball etc - which he captained at one point, and field hockey). Additionally, Shri Verma took deep interest in the uplifting of farmers, Mazdoors, backward castes, and Harijans.

Shri Virendra Verma was appointed Governor of Punjab and Administrator of the Union Territory of Chandigarh on June 14, 1990. He took over as Governor of Himachal Pradesh on December 19, 1990. He was a member of Lok Sabha twice from Kairana Lok Sabha constituency in 12th Loksabha and then during 1998 to 1999.

Back to The Leaders/The Freedom Fighters