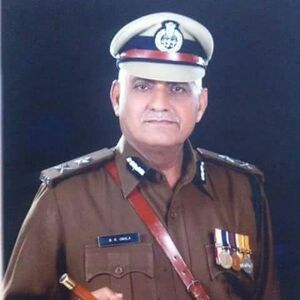 They get this gotra as they were the herdsmen (ग्वाला) taking care of cows. [6] Gwala Gotra of Jats have originated from village Gwalu in Nagaur tahsil and district in Rajasthan. Their kuladevi temple is situated in this village.

H.A. Rose[7] writes that Gwala (ग्वाला), an occupational term for a Hindu cowherd and shepherd. In the Punjab a Hindu milkman, butter-maker and cowherd is called a gwala and is generally by caste an Ahir* ; but if a Muhammadan, he would be called a ghosi and is often a Gujar by tribe. The Ahir gwalas of the Punjab used to buy milk largely of the ghosis for butter-making, of which they had the monopoly. Till the Mutiny the ghosis were simply milk-sellers, but alter it they took to butter-making also. Hindus will buy milk of a Hindu gwala, or a Muhammadan ghosi, but not of the latter if water has been mixed with the milk, as the water would defile them. When gwalas purchage milk of Muhammadan ghosis to make butter they are supposed to see the cow milked.