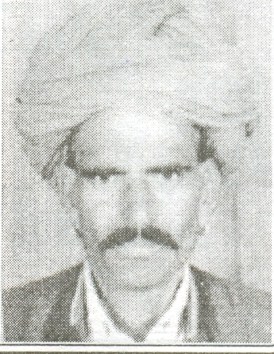 Harsh village in Sikar district in Rajasthan was capital of Ghasal Jats.[6]

There is a popular belief which has come down to people through the centuries that in a village Ghoghu of Churu, King Ghangh loved and married an Apsara (nymph) on the condition that he would not visit her palace without prior information. King Ghangh got a son called Harsha and a daughter Jeen. Afterwards she again conceived but as chance would have it king Ghangh went to her palace without prior intimation and thus violated solemn vow he had made to the Apsara. Instantly she left the king and fled away with her son Harsha and daughter Jeen whom she abandoned at the place where presently the temple stands. The two children here practiced extreme asceticism. Later a Chauhan ruler built the temple at that place to commemorate them.[7]

Shalya Parva, Mahabharata/Book IX Chapter 44 mentions All the kings who came to that ceremony for investing Kartikeya, son of Shiva, with the status of generalissimo. We find in shloka 41 that

Varuna, firmly adhering to truth, gave him Ghasa and Atighasa of great might and possessed of mouths like those of whales.