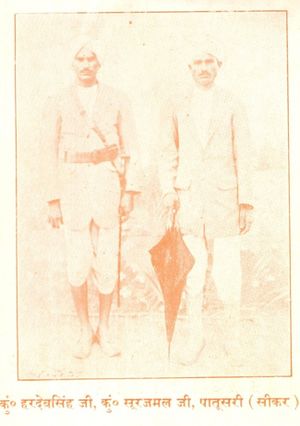 Hardeo Singh from village Patusari (Jhunjhunu), was a leading Freedom fighter who took part in Shekhawati farmers movement in Rajasthan.