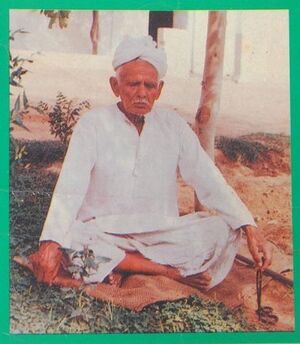 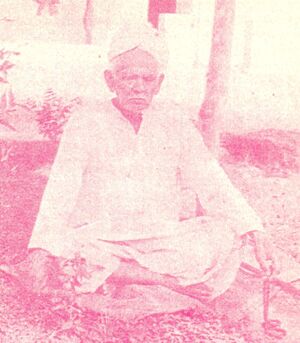 Choudhary Kabul Singh (चौ. कबूल सिंह) (born.1899-death.1991) is famous Jat historian from Sauram village in Muzaffarnagar district in Uttar Pradesh. The village Sauram, near Shahpur town, is dominated by Jats of Baliyan Gotra. It is located Slightly off the road to Budhana-Muzaffarnagar. He was born in the family of Mool Chand Baliyan.

Choudhary Kabul Singh has preserved the history of Sarva Khap panchayat from the period of Harshavardhana. Maharaja Harshavardhana is believed to have started the Khap system in Jats.

It has been mentioned in the chronicles of Jat 'Sarv Khap', which are still preserved with Chaudhry Kabul Singh that the Jat Sarv Khap, reinforced Prithvi Raj with 22,000 brave Jats, who contributed a great deal for Prithvi Raj to win the day. To avenge his humiliation and defeat he attacked again and won at Tarain (1192). Ghori made Qutb-ud-Din his regent at Delhi. Negotiations with kings were done - at 'Sarva Khap' level. Chaudhry Kabul Singh , whose ancestors were leaders of the Sarva Khaap Panchayat, holds some copper plates and papers bearing records of important negotiations. The sarv khap (clan) mahapanchayat was held at Shoram. The two-day convention held on October 5 and 6, 2005 created quite a stir by suggesting extra tough measures against rampant sex determination tests.