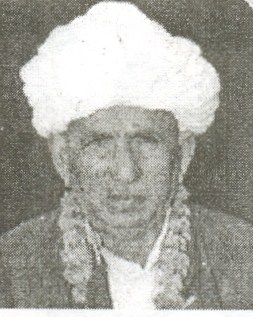 They are said to be descendants of Samrat Mandhata (मान्धाता). There are many villages of Myan gotra Jats around Jaipur. In local tradition they call their gotra as Miyan. [6]

Lepel H. Griffin writes:[7] The land occupied by the village Bhai Rupa was taken from the adjacent lands of Phul and Kangar, that taken from the former being allowed to the Bhaikians or descendants of Bhai Rupa, rent free, they making their collections from the zamindars without interference from the Phul Chaudhris. In the Kangar division of the village, the Bhaikians had a smaller share, but, after the death of Rai Bakhtyar, who managed the collections of this patti or share, the Bhaikians obtained more land, for which they paid a small acknowledgment to the Miani Jats, owners of Kangar. Subsequently the village of Kangar came into the possession of Nabha, the tribute to the Mianis ceased to be paid, and, in 1805, the Raja of Nabha took the administration of the Kangar patti of Bhai Rupa into his own hands. After the death of Tilokha and Rama, the Phulkian patti was held in equal shares by Gurditta, Sukhchen, Ala Singh, Man Singh, and Chuhr Singh, the ancestors of the houses of Nabha, Jhind, Pattiala, Malod and Bhadour.

According to 1911 census the Mial were the principal Muslim Jat clan in: